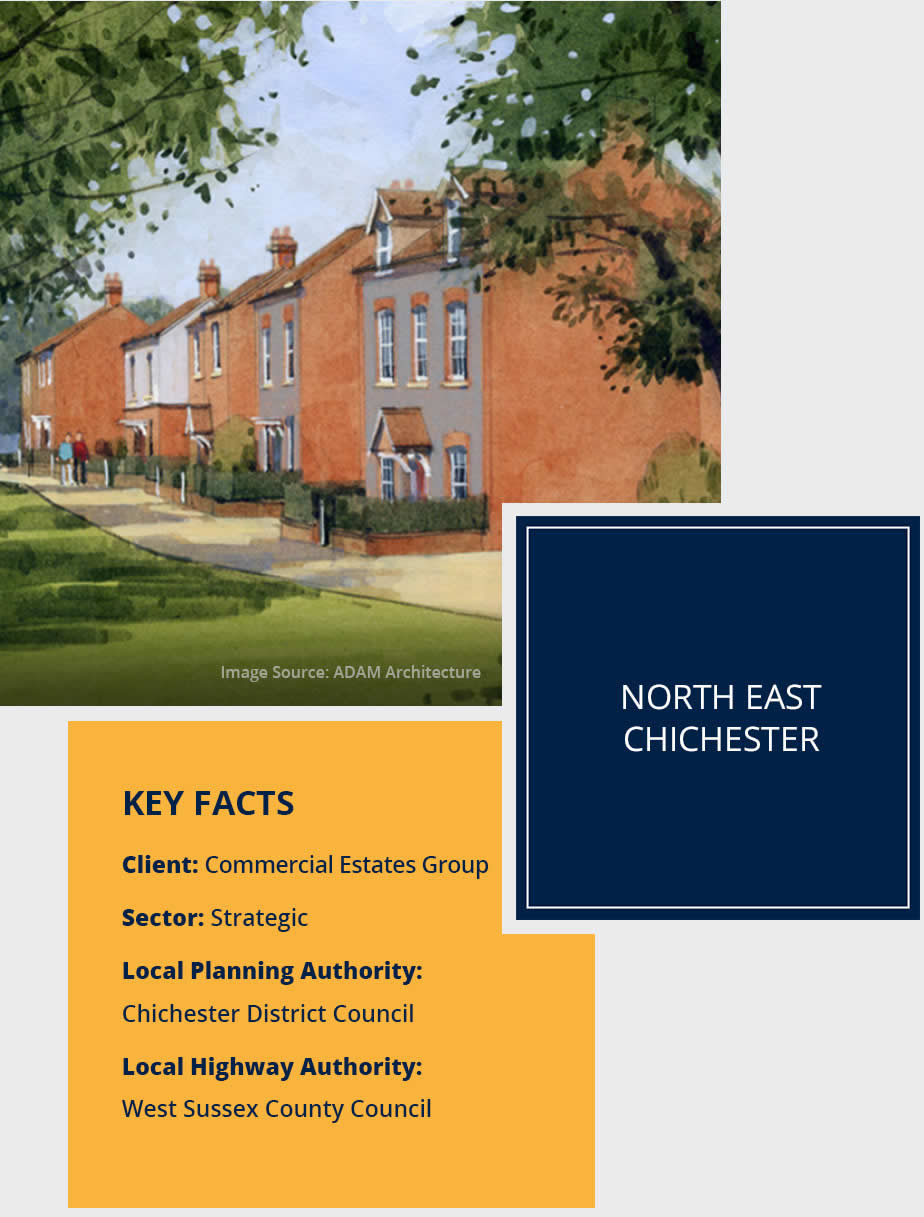 This project involves a strategic development to the north east of Chichester; for 500 consented residential dwellings with the potential for an additional 500 in future Local Plans. Our staff have been involved in the project since its inception, initially supporting the landowner and later CEG through Local Plan promotion including representing the client at the EiP and planning application submissions for Phases 1, 2 and 3.

More recently we have supported the Appeal for Phase 3 which included reaching agreement with West Sussex County Council highways prior to the Appeal, preparing evidence and appearing at the Inquiry due to the involvement of a Rule 6 party.

Back to our projects